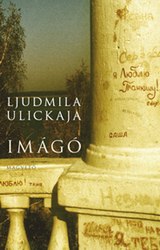 Great and gripping saga from the Russian novelist depicting the lives of three friends and their families. We get to know their biography – even to make it more complex, the lives of their other friends – in the typical style of Ulitskaya.

The first person, who made a deep impression on the boys with his enthusiasm of Russian writers, is the boys’ literature teacher in the high school. The teacher was a soldier before, who almost died in a battle, lost one of his hands, later started to teach literature and married his student – and the storytelling goes on and on. At first sight anybody would find it redundant to get to know the life of this side character so detailed, but this is the essence of this book; to tell similar stories about Russian people and Russian life in the period after Stalin’s death. And there are so many people, from the grandparents to the grandchild, relatives, friends, colleagues, lovers, wives and more in 600 pages.

The only difficulty that you may come across while reading the book is to know exactly who is who among so many Russians, the names seem so similar at times. It’s not necessary to track back anyway, you can identify people after some paragraphs, or rather you can understand what is their relation to the boys. Although there is a man, whose hole life was told by the author, some episodes were detailed, but his relation to Ilja is simply that he set on the adjoining chair on an airplane, chatted with him, got a heart-attack and died…

We can get to know many Russian habits from the book about courtship, love, sex, flats, workplaces, streets of Moscow and Russian countryside. The book is about average people, but it isn’t boring, because we can identify ourselves in all these people.

The only common feature in the characters, that all of them must fight with the Russian state. The book is about the possible moral ways that they can take in this situation. There is no refuge, to spend some years in the lagers seems to be a natural part of the Russian life. For example a graphic artist made some drawing about the leaders, so he had to get away, and this will be the most beautiful part of the book; a winter in the Russian countryside. The depiction of the life of poor people away from everything and everybody, however they are all happy.

Literature and music are important parts of the story, these are the passions of the boys. I want to read a book of such high standard once, where the passion of the people are math or astronomy…

The Hungarian edition is worthy of the original novel. It is a rich and a really great book, a perfect present for Christmas for the fans of literature.