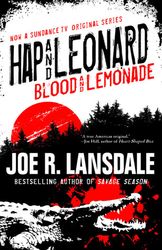 Fifteen new, nostalgic stories about Hap’s childhood and the main social problems in the USA’s in the 60’s.

The frame of the story is that Hap and Leonard are talking at home, or while they are driving around the city, and Hap tells a story about every place where he has a memory. For example the first is related to a school violence article what Leonard had read in a newspaper, so Hap tells Leonard how he defended himself for the first time in school against bullying.

All the stories are nostalgic: Hap introduces Marvel Creek and the surrounding areas, the forest, the river, the diners, and he tells his opinions about things like friendship, racism, honor, animal hunting… After he introduced the area, the real story begins with an actual social problem. Most of the stories are about racism – one of the greatest is about how Hap met Leonard for the first time. Hap went hunting with one of his black friends, and they saw a fighting on the riverside. There was Leonard, who fought for money, but obviously the whole thing almost went to linching…

The dramas are really exciting in most of the novellas, there’s murder, sex, school bullying and racism as well. The dialogues are in Hap and Leonard’s well-known, great style, and there’s no political correctness around, but racism in almost all of the other characters’ talking. The reader meets with Hap’s family too: his mother takes home a 9 year old black boy, and there are even more stories about Hap’s father, who generally hated the niggers, but liked many black guys, and he was fair and very-very strong…

The best story is the 8th, where Hap and Leonard found a dead family in a boat under the water, and later they became captives of drug-dealers, who have drug in that boat. It’s exciting and it has interesting twists – it was my personal favorite in the book.

The novellas are weaker only when Hap tells things about their personal life, but these nostalgic tales are not part of the actual story. How they moved around the states, how they had chickens, how the local cinema worked, how the trees have been chopped – you have to be a very big fan to be interested in these details of Hap’s childhood.

But the overall quality of the stories are high, almost all of them are very exiting or touching. If somebody doesn’t want to start the Hap and Leonard series with the very first book, this 13th would be a good selection, and it’s obviously recommended for the existing fans too.

Joe R. Lansdale: Blood and Lemonade (Hap and Leonard #13)
Tachyon Publications, 2016.
(I got an advanced copy through Netgalley)