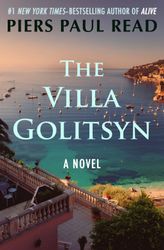 At the beginning the story seems to be a war crime investigation from the imperial period of the British history, when a British gentleman tries to find a secret in France. But it becomes a holiday-love story, where English guys are going around the town’s tourist attractions and fighting with their personal problems.

The book has a holiday mood: the main character is divorced, he is free from any bounds except his work, and he goes to a three-week holiday in his schoolmate’s villa in South France. His secret task to find out if his friend were the traitor during the war. But he finds a young school-girl on the train, and takes her to the villa, where he starts loving the host’s wife, so the book becomes a love story between them. There’s a gay man in the villa as well, who is in love with actually the host, whose wife nor seem to mind that relationship too…

They are visiting together the city’s famous tourist-attractions one by one: the hills, a temple, they are going to sail on the sea, eating in restaurants, etc. During that they try to solve their many personal difficulties, like the host’s alcoholism, different love affections, philosophical and moral problems, and at last the treason in the Asian jungle as well.

The book was first published in 1981, and their problems and questions are mirroring that period, I don’t see much lesson for these days. But the story is moody and tense all the way to the end, what is a little weird in France, but in England is clear and clever – so after all it’s worth a try, maybe during a holiday…